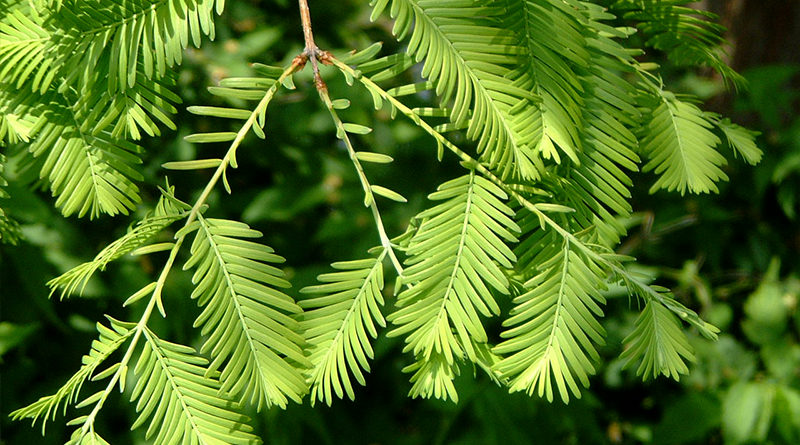 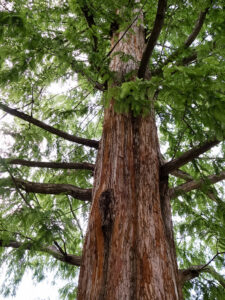 Dawn redwood or Metasequoia glyptostroboides. Is it an acquired taste, the conifer that loses its needles in the fall? Or is it just for folks who are bored with everything in the garden and looking for something new?

The dawn redwood isn’t exactly new. They were all over the northern hemisphere about 50 million years ago, shading the dinosaurs. Until the 1940s, though, we only knew of it through fossils. Then, in 1947, a small stand was discovered growing wild in Hubei province, China. Since then, seeds were distributed around the world to arboreta. In the 1990s, the variety ‘Gold Rush’ was discovered and the tree became available to the home gardener. 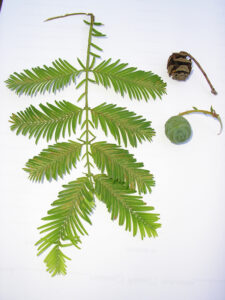 The dawn redwood is hardy to Zone 5. It likes water; in fact, it won’t be bothered if planted in an area that gets standing water. It prefers the acid side of the spectrum. It grows fast and it grows big. Not so big as its big cousins the sequoias, which will grow as tall as 350 feet, but big enough. In China, it has been recorded at over 150 feet tall. In Ontario, though, ‘Gold Rush’ is likely to attain a height of about 50 feet. And it likes sun. What tall tree doesn’t? 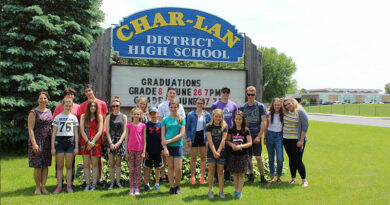 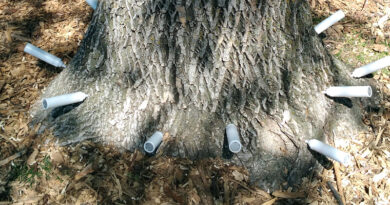 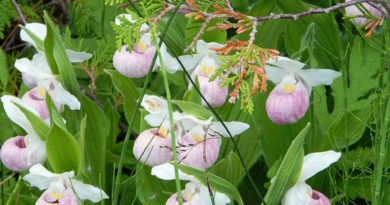 The garden at the end of the road