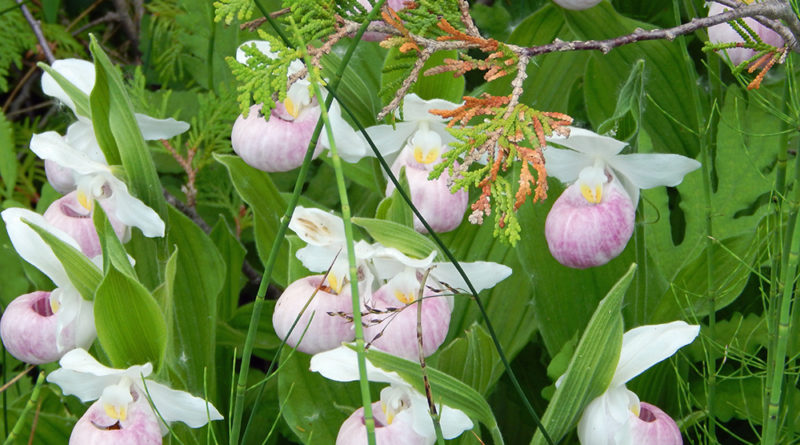 At the northern tip of the Bruce Peninsula in Ontario lies a small community called Tobermory. A popular vacation destination on the shores of Lake Huron and Georgian Bay, it draws tourists to its unspoilt beaches and rugged natural beauty. This idyllic place, still largely untouched by development, offers its residents a relaxed pace of life.

Tobermory’s quiet beauty and perhaps the hands of fate itself have drawn two local residents to its rocky shores for more than fifty years. Friends and neighbours, Ben Goedhart and Klaus Roder have been coming to Tobermory off and on since they both immigrated to Canada over 50 years ago.

Gardening here is not an easy feat − the ground consists of rocks and gravel − yet these neighbours share a beautiful and enviable garden. Here the flowers grow and flourish with the same relaxed nature as the men who tend them.

When the landscape is made from rock, “every grain of soil has to be trucked in at great expense,” Ben says. Meanwhile, during storms, more rocks are thrown up on the shore by the waves and nature builds a new barrier. These rocks are used to build new walls for the gardens to hold the soil, adding to their natural look.

While the area can come under attack from strong winds and harsh weather, it is lucky to receive good snow cover that keep the plants insulated and safe in the winter months. While it may be difficult to grow a traditional garden here, Klaus and Ben have shown seemingly instinctive skill in enhancing the rugged beauty of their property.

Ben immigrated to Canada from the Netherlands in the fall of 1959. “Friends wanted to show me the fall colours when I arrived,” he recalls. “They asked me where I wanted to go. I saw the peninsula at Tobermory and said, ‘There!’ It reminded me of home. Ten years later, against our will, Klaus and I bought the property,” Ben laughs.

“It was winter and I didn’t really want the cabin and its two adjoining lots, so I made a low offer.” A few weeks later, Ben received a call that his offer had been accepted. So, true to his word, he and Klaus purchased the property. It would be several years before either man was ready to move to Tobermory full-time, though both, along with friends and family, were regular summer visitors.

By stroke of fate, an artist friend asked Ben to deliver some of his paintings to a new gallery in town in the late sixties. Ten years after attending the opening, Ben became the gallery’s owner and sold high-end Canadian art for several years before retiring. Before purchasing the gallery Ben travelled and even resided in Iran for four years before being drawn back to Tobermory to live.

Klaus met Ben in 1961. He came to Ontario via Winnipeg, where he had lived with his sister after his arrival from Germany. “I always had a garden back home, right after the war, food was precious,” he recalls, “so vegetable and fruit gardens were important.

“I saw information about Canada and thought ‘I want to move there.’ The forests, waterfalls… it was beautiful. And unlike the United States, I would not be required to join the military. I had seen enough of war.”

Klaus decided to move to Tobermory permanently in 1976, while Ben was overseas. He became the town’s harbour master and held that position for 28 years until his retirement. Ben joined him in 1979 and shortly thereafter they separated the properties and became neighbours.

Ben claims he can’t name all the flowers that grow on their property, but does know their growing habits. Klaus on the other hand has studied gardening and is more familiar with all the plants. Arabica, tulips, daffodils, crocus and lilies thrive. The creeping phlox does well as do the aubratia and Scottish hair bells.

Spring, Klaus will tell you, is an explosion of colour. “Think Van Gogh,” he says. “I love colour; pink, yellow, magenta, violet, and red.” All bloom together in Klaus’ front yard overlooking the water. Nature doesn’t produce gardens of a single colour, so why should he? “I am mad about tulips,” he explains, “I have wild, single, double, early and late bloomers.”

But, he adds wistfully, “there is something about wildflowers. They have a quiet beauty about them.” He would love to see more people planting wildflowers and native trees.

The men have discovered that they are on a migration path for Monarch butterflies. These orange and black winged beauties are heartily welcomed into their garden. “I was fascinated by these creatures that are able to fly such extraordinary distances, to a place they have never been before” says Klaus, and so plants such as black-eyed susans, coneflowers, cosmos and butterfly bushes were added to the garden. “We also save the seeds of the wild milkweed and plant them to encourage the butterflies,” adds Ben. Their efforts seem to have been rewarded as Ben reports having seen “dozens and dozens” more butterflies last year.

Thanks to the range of habitats on the peninsula, Tobermory and its surrounding area is also home to 43 different types of wild orchids. “The plants are very fragile and they bloom where they are happy. So you leave them alone and just enjoy them,” Ben says. Both men are protective of the fragile plants, a testament to their respect for nature.

Taking in the view, Klaus, the retired harbour master quotes Vita Sackville-West, the acclaimed British writer and late-in-life gardener: ‘Let self-seed plants grow where they naturally fall,’” pretty much summing up the pair’s own gardening philosophy.

Tobermory has changed over the years, but to them it will always be home. Both Ben and Klaus are happy in their homes at the end of the road, with their rugged gardens and whimsical, self-willed wildflowers. 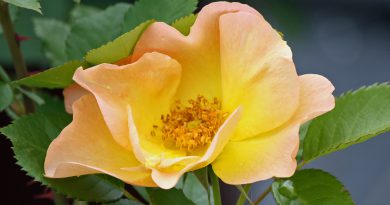 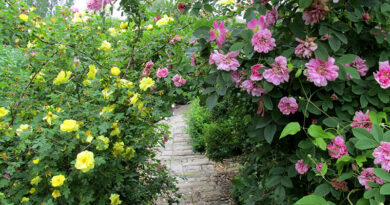 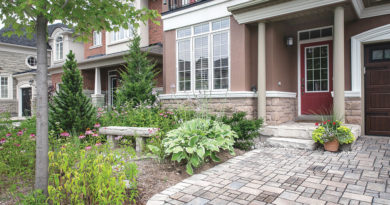